As international women’s day 2022 approaches, we want to discuss how to prevent gender bias in recruitment and the promotion of gender equality in the workplace. It may seem as though workplace equality is slowly but surely progressing in many parts of the world. But unfortunately, gender bias continues to have a significant hold on women’s career advancements worldwide.

What’s Is the Difference Between Conscious and Unconscious Bias?

Let’s address the definitions. First of all, bias is a prejudice in favour of or against one thing, person, or group compared with another – usually in a way that’s considered to be unfair. Furthermore, there are two really prevalent types of biases:

What is Conscious Bias?

Conscious bias is the intentional projection of biased attitudes about a certain group. In conscious bias, the individual is aware that they are being biased. Conscious bias can be easily determined by the actions and behaviour of an individual.

Example of unconscious bias: If someone prefers to work with or hire men rather than women (and vice versa).

What is Unconscious Bias?

Unconscious biases can unwillingly impact our everyday decisions and interactions, even when we do our best to be equally conscious. Social stereotypes about certain groups of people that individuals form outside their own conscious awareness.

It is important to note that biases, conscious or unconscious, are not limited to gender, ethnicity and race. There are various types of bias and unfortunately, a lot of them are present in the workplace today

Types of bias include:

And many other characteristics are subject to bias, especially in the recruitment process.

Gender Bias in the Workplace

A Special Eurobarometer survey on gender equality emphasises how gender equality has still not been achieved in the EU Member States. The numbers speak for themselves. Although 84% of the respondents to the survey considered that gender equality is important for them personally (including 80% of men), the survey also shows that more than one-third of Europeans believe that men are more ambitious than women (35%), and almost seven in ten respondents think women are more likely than men to make decisions based on their emotions (69 %).

In addition to this, a 2021 Women in the Workplace study found that for every 100 men promoted to manager, only 86 women are promoted. And in industries such as tech, women only held 10% of executive-level roles. Therefore, it’s no secret that men still dominate the workplace.

How to Reduce Gender Bias in Recruitment?

In 2022, many companies will work towards a more diverse workforce. And as easy as it sounds, we still have a long way to go. Deconstructing people’s biases is a tedious and long process but by educating your employees, talking openly about gender bias in the workplace, and equalising your internal processes, such as employee pay, you can slowly but surely make a difference in your workplace.

The use of biased language or gendered language in job advertisements can unintentionally reflect stereotypical gender roles. In turn, this has an immediate influence on who applies for that role.

Whether they are aware or not, recruiters and hiring managers use gender-biased language in these initial stages of the hiring process. To prevent this, HR teams must carefully examine the language used such as she/he. In addition to this, they must avoid using job titles such as Policeman or Stewardess. Not only does this help with gender bias in the hiring process, but it is also inclusive for those who identify as gender-fluid or non-binary.

The blind CV or “blind recruitment” are method of hiring without including anything that gives information about the gender, age or ethnicity of a worker. The great thing about this is that it eliminates any type of information that has nothing to do with a person’s work capabilities.

This is a kind of effective management of the diversity and inclusion of workers is something that is yet to be implemented across all industries and job levels.

Generally speaking, Artificial Intelligence does help to reduce and remove unconscious bias when shortlisting clients. But it’s important to consider that artificial intelligence and recruitment tech are not ready to replace recruiters or HR teams in the entire hiring process just yet. Recruiters still play a crucial role in making the final hiring decisions.

As it stands, AI in recruitment is a useful way to partially remove bias in the initial stage of the hiring process, ie. shortlisting candidates but unfortunately, biased decisions can still be taken down the line. For example, when applicants and recruiters meet during the interview stage. In this case, discrimination is therefore postponed to a later stage of hiring.

As we mentioned, Recruiters and Hiring managers are still very much within the recruitment process. But in order to avoid gender bias and discrimination at this early stage, we recommend selecting a diverse interview panel.

Using an interview panel with colleagues of different genders, ethnicities, social backgrounds and ages can help to prevent unconscious biases from happening during the interview stage.

A positive step that your company can make toward workplace equality and diversity is through offering unconscious bias training. This way, you can ensure that all of your employees are well educated and informed about unconscious bias at work.

The goal of UB training is to reduce biased attitudes and behaviours at work. This training is aimed to prevent bias throughout the entire employee lifecycle. From the initial selection process to employee recognition and promotion through to interactions with customers and fellow colleagues. By introducing such a programme in your workplace, you can tackle common workplace challenges such as workplace bullying and other discrimination issues such as racism at work.

Overall, by introducing the right tools and HR processes into your business you can work towards a more equal and diverse workplace. Which in turn, will significantly reduce the impact of unconscious bias within your recruitment process. HR tech provides rich insights to help guide data-driven decision making. These smart hiring tools partnered with Workplace Training will undoubtedly have a positive impact on your employee retention rate and the overall happiness of your employees.

This post is also available in: English US, Español, Portugal

Categories Culture & Engagement
How can managers encourage struggling employees to do better? This question has become even more important as employers are looking for ways to review the [...]
Charlotte Evans
June 17, 2022

Categories HR Tips
Career progression planning is essentially a road map for the professional development of your employees. With an effective plan in place, you can help your [...]
Charlotte Evans
June 16, 2022 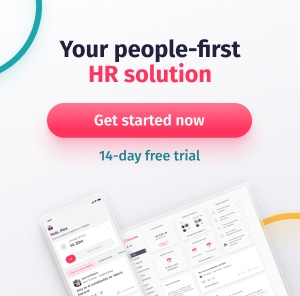