Growth Mindset & How To Promote It in Your Team [Free Assessment]

“For some people, failure is the end of the world,” writes Stanford psychology professor Carol Dweck, “but for others, it’s this exciting new opportunity.”  In her 2018 book, Mindset: The New Psychology of Success, Dweck argues that there are two attitudes toward failure which ultimately predict your success. Those with a fixed mindset view talent and capability as limited; when they perceive failure, they feel defeated. Meanwhile, those with a growth mindset believe success is determined by time and effort, encouraging them to feel invigorated and eager to tackle new challenges. The growth mindset definition is one of a constant desire to develop and expand and not settle.

Adopting a growth mindset isn’t only important at an individual level. It is also vital for businesses at an organizational level. Studies show that when management promotes a growth mindset among team members, they encourage learning, development, and new ideas. When Dweck’s book came out, it made big waves in the business world, ultimately leading to Microsoft completely overhauling its business model.

In this post, we’ll help establish the growth mindset definition and provide tips on ways to implement a growth mindset within your employees, so to help your business flourish.

“In a growth mindset, people believe that their most basic abilities can be developed through dedication and hard work—brains and talent are just the starting point. This view creates a love of learning and a resilience that is essential for great accomplishment.”

People with this mindset are not discouraged by failure, and moreover don’t actually see themselves as failing even when things go south. Instead, they see themselves as learning. Workplaces that cultivate a growth mindset at an organizational level are more innovative, inspired, and efficient. They don’t stick to the same-old just to preserve their fragile ego! Instead, they take on challenges and valiantly face risks, helping the business to grow.

While leaders with a growth mindset usually surround themselves with great teams they nurture and support, a leader with a fixed mindset prefers to be a big fish in a small pond. Further, these managers can be brutal. Their desire to avoid failure at all costs means they ignore the needs, feelings, and contributions of others.

They don’t want to hear outside perspectives or constructive criticism that might indicate that they are doing anything less than a perfect job. Closed off from growth or change, they punish or oust anyone who wants to shake up the status quo. How can any positive change come about in such an environment? In short: it can’t.

The fixed mindset takes a huge toll on an organization’s ability to grow and adjust. But, as Dweck writes, “Why waste time proving over and over how great you are when you could be getting better? Why hide deficiencies instead of overcoming them?” The difference between growth mindset vs fixed mindset? Growth-oriented leaders create an environment conducive to learning and growth. They know that skills can be learned and challenges overcome as long as they look the problems square in the face.

HR leaders and managers should encourage the adoption of a growth mindset among their employees as it brings with it many benefits. Employees that adopt a growth mindset are more committed to their work because with a growth mindset, comes the desire to learn, grow and flourish. They will also feel more motivated to do their best work, as they know that from that comes progress. However, at the same time, they will understand that making a mistake does not mean failure, but an opportunity to learn from that mistake and improve. Meaning they will arise from the setback more determined and motivated than ever.

Research has demonstrated that employees that adopt growth mindsets go after more innovative challenging projects, as well as working more collaboratively and behaving more transparently. And these are the employees that will reach their goals and business objectives. For businesses to advance and continuously move forward, they need employees with a growth mindset working for them.

Nadella helped to implement a top-down growth mindset orientation, not only by rolling out new coaching and mentoring expectations for managers but also by practising what he preached when Microsoft made a big boo-boo.

In 2016, Microsoft unveiled Tay, a Twitter bot with “conversational understanding.” It was a cool idea: Tay would learn to converse through conversing. However, when people on Twitter began tweeting the bot with misogynistic and racist remarks, the bot began repeating this and posting its own hateful tweets. Microsoft was then forced to shut the project down after just 16 hours and issue a big apology. In a profile with USA Today, Nadella shared part of the email he sent out to staff after the debacle.

“Keep pushing, and know that I am with you,” he wrote. While he asked employees to keep in mind “deep empathy for anyone hurt by Tay,” he reminded them that the “key is to keep learning and improving.” Rather than dwell on past mistakes, the team would use them as a learning opportunity. With Nadella’s support and a growth mindset, Microsoft developed Zo, a chatbot with nicer things to say.

Applying the Psychology of Success: How to Adopt a Growth Mindset

Professionals who adopt the growth mindset put in the time and effort to understand why they failed. That allows them to rebound quickly from setbacks and avoid repeating similar mistakes in the future. Meanwhile, those with fixed mindsets believe their successes and failures are tied to their self-worth. They had a hard time recovering when things go awry. Further, they tend to see themselves as victims rather than agents of their own fate.

Author Maya Angelou said: “Success is liking yourself, liking what you do, and liking how you do it.” Our personal “psychology of success,” determines how we behave in order to achieve success. Adopting psychology of success in the workplace means taking action to cultivate a growth mindset.

Remember, adopting the growth mindset means thinking critically about your ability to learn and grow. Let go of the idea of perfection in favour of an attitude that embraces lifelong learning.

Subscribe to our weekly newsletter to get the lastest trends, tips and resources for HR professionals

Keep an eye out for our newsletter. Every Wednesday on your inbox

Something went wrong. Try again in a few seconds

Categories HR Tips
What makes a good manager, boss, or leader? Anyone who has already worked with a couple of different managers will know that there is no [...]
Viktorija Nikoloska
January 18, 2022

Categories HR Tips
The post-2020 period of so-called Great Resignation is a period of change, to say the least. Research shows, that about one in 4 employees is [...]
Sofia
January 12, 2022 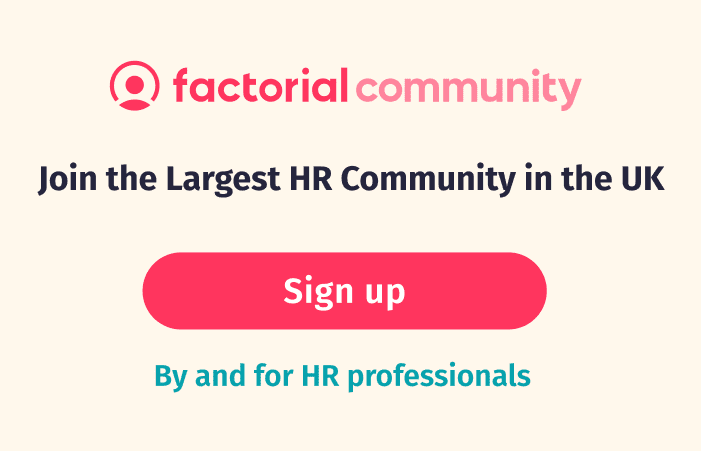